Tourism is such a popular activity that every weekend, not waiting for the peak season or holidays, even just for a few days we do a City Break. A weekend outside of town, a longer weekend somewhere away, every now and then we are somewhere on the go. Due to the fact that we have so little time, so short vacations - everything must be optimized to the very boundaries of having fun. Only already tested places, something easy and effective.

On one side we want to experience "something new" everytime, on the other hand we do not want to spend a lot of money, so we count each and every pound, zloty, dollar or whatever your precious currency is.  We don't want to flush away all the cash. Know that feeling? 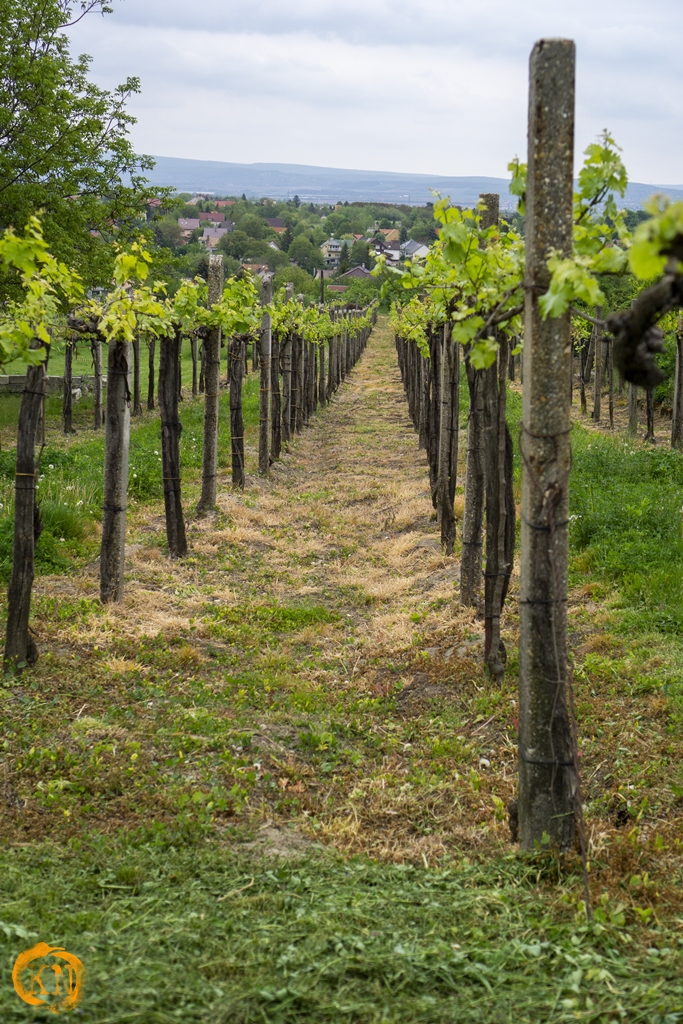 That's why I have such a great respect for travellers, explorers - people who want to go to unknown places and show the to the world. Something beyond the beaten path, undiscovered - to be more poetic. We tried this approach this time, and by some lucky coincidence or fate ... we found a real gem. Many of you probably know already Tokaji - a Hungarian classic, white dessert wine, which in Poland is so strongly associated with the country of origin, that until the eighteen century it was called "the hungarian". But for sure not many of you heard of another wine region in Hungary, which is much closer to the capital and supports it's inhabitants in this liquid red gold - Etyek. 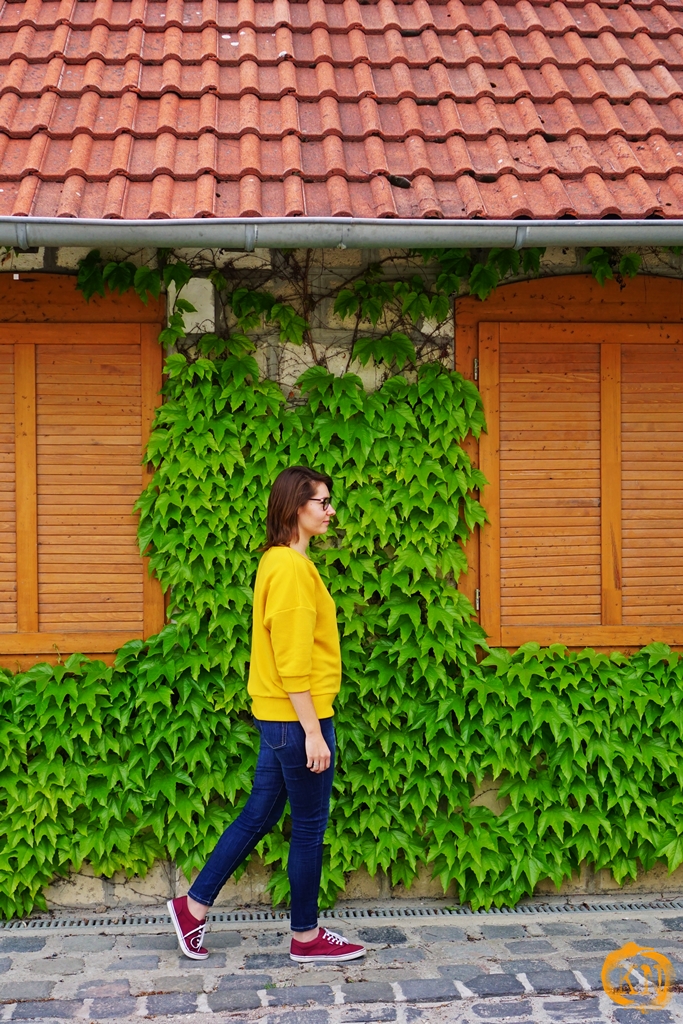 Etyek is a region located about thirty kilometers west from Budapest. This makes it a perfect place for outings of people tired of the city noise and crowds of walkers. Budapest is still beautiful and magnificent, but the opportunity to escape even for a day will allow you to recharge your batteries, get to know something new and take a different perspective on Hungary as a whole. Because you need to know that Etyek, in addition to the colloquial name "Hungarian Hollywood / Etyekwood" (thanks to building here the famous film studio Korda Studios), is also a region very much associated with wine.

There are some more than a hundred different wineries producing mainly home-made wines and selling them locally. Budapest is also treated as "locally", as there are plenty of bars and bistro's supplying wine from this area. Appreciated by locals and tourists for the taste, but also for non-inflated-export-driven prices. As we learned from our guide from Wine a'More and from the representatives of the wine cellars which we visited - barely 5 to 10% of the bottles produced in Etyek go outside Hungary. (I don't know if the counted the bottles we bought though!). 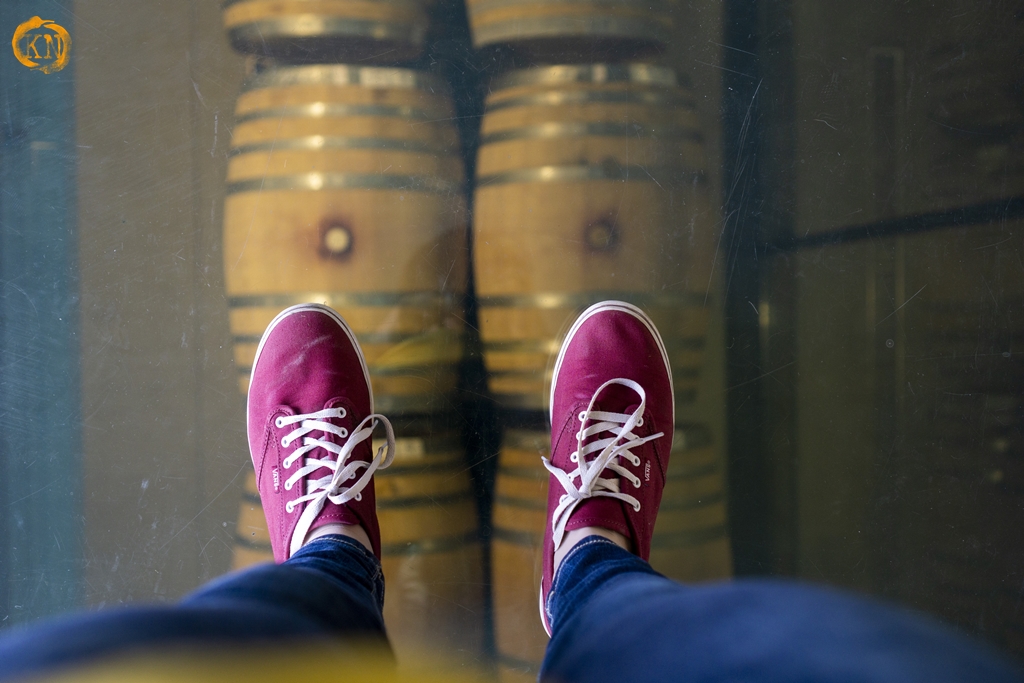 And how not to love it when you have the opportunity to escape the city for a full-day (or even half-day) picnic among the hills covered with grapevines. On our trip we had the pleasure of meeting two places, on the one hand very different, but no the other very similar to each other.

The first one we want to talk about is Nádas Borműhely. Conducted by the owner, a very pleasant and nice Mr. Szilard. It is he who manufactures (though from time to time with the help of employees, f.e. at harvest months) wines with such funny names as "Vagy mi" or "Cimbi" what in loose translation means "So what?" And "Buddy" . He started in 2009, when he inherited the land after his grandfather and renovated the cellar in which now there are stored old oak barrels. 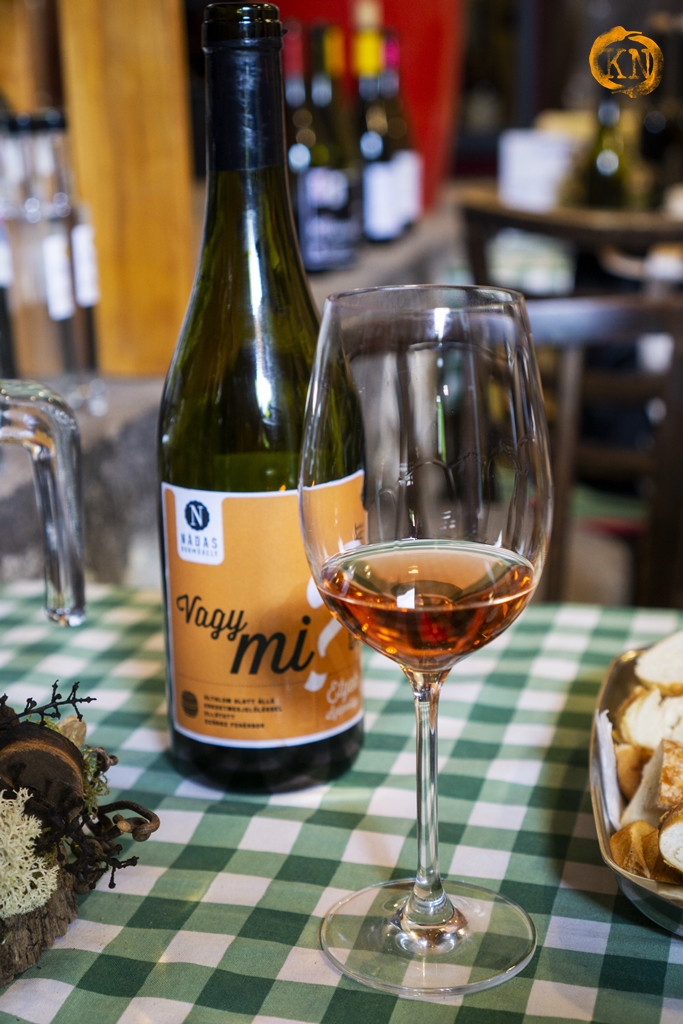 A brief digression about these barrels. Well, it turns out that such specimens in which wine is kept cost unreasonable high money. There are two main streams of supply - French and American oaks, and prices for an EMPTY (!) barrel reach up to more than 1,000 euros per piece. The barrel itself withstands a few seasons, but with each subsequent year it gets worse and reacts less with the ripening wine. As a result, a completely new market for the renovation of barrels has been developed. By scraping the inner layers, replacing the staves or burning them out they get some extra years of service. You can also buy used barrels cheaper from competing wineries or bottling plants of bourbon, whiskey and other distillates and thus create new flavor combinations. Here, in fact, creativity knows no limits. 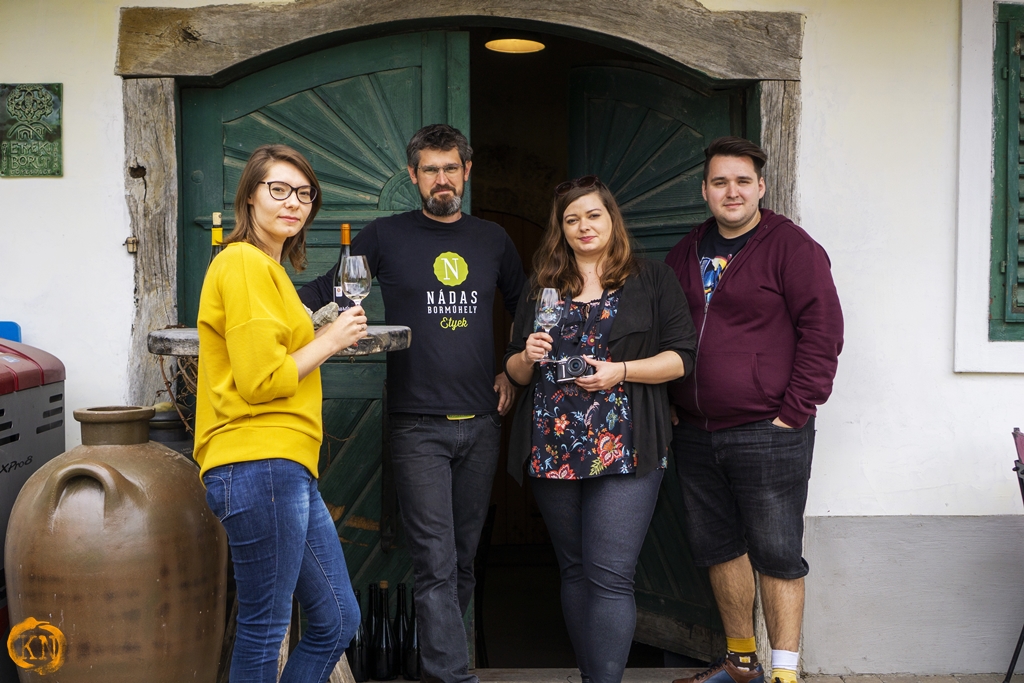 At the beginning, Szilárd Nádas made about 1,500 bottles a year, and last year he reached the level of 10,000 bottles. I don't have to mention that he sells everything faster than you would say "Királyleányka" ;) What else I enjoyed, and I was the driver of the day and had to limit wine-testing, is the juice produced from wine grapes. Sweet, refreshing and completely non-alcoholic - so drivers, there is a reason for you to come here as well!

Some of the region's wines are produced on a regional grape variety called "Királyleányka" ("Princess" in english), although such popular species as Chardonnay or Sauvignon Blanc are also produced here. We learned a little more about techniques and wine production in the second cellar to which our guide took us - Etyeki Kúria. 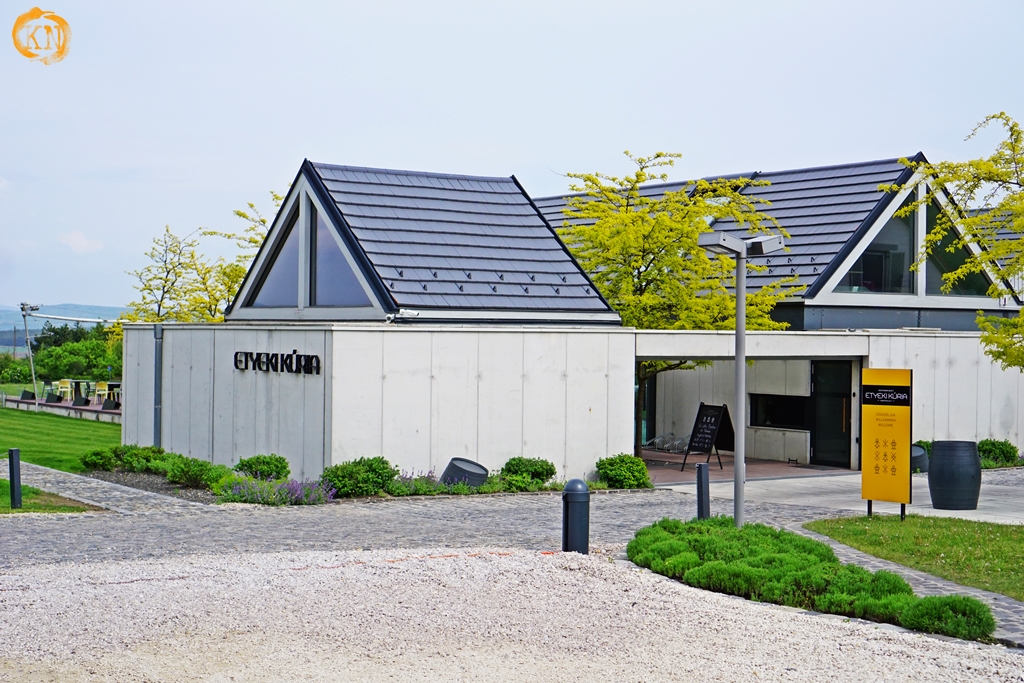 This is a place that despite foreign investors still gives a sense of locality and community with the rest of the wineries in the region. Established over 20 years ago, in 1996 and starting from 2 hectares, it now covers an area more than ten times larger. The original building combined with the exhibition and conference center attracts well deserved attention and modernly designed labels are referring to the local folklore (and also look stunning!)

Etyeki Kúria is very willingly visited by tourists and apart from its flagship offer of wines, it also offers the creation of your own wine from the grape species previously mentioned. The whole process isunder the supervision of a carer who will tell you how to choose a mixture of grapes, will help cork the bottle and you can design your own logo and stick it to the bottle. 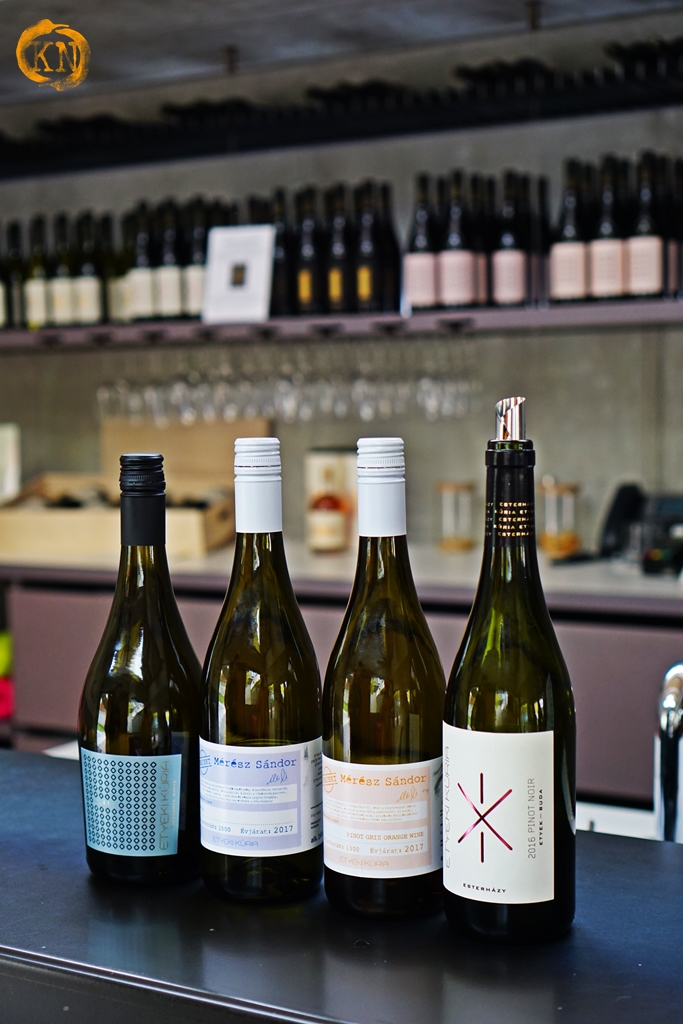 DO YOU NEED TO BE A WINE EXPERT?

I deliberately do not write about the palettes of flavors, colors and aromas of wines that we tried. I will not hide and pretend - I do not know a lot (or even a little) about wine.

Wine, unfortunately, suffers from the stereotype of snobbish and expensive dinners to which alcohol is served, exceeding the cost of a three-course dinner. And that's just for a glass. For a bottle you could buy a whole apartment in the city! We talked about it with Gabriella from Wine a'More and we came to common conclusions. Discovering wine, as well as eating, is primarily to be an adventure, fun and a bit of learning. Also with a bit of madness ;)

And stereotypes about wine? Well. First of all, there are wines in various price categories, and you can find tasty bottles already from 5-10 euros per bottle. Among those which we liked after tasting at Etyek, we later bought them at such prices. Secondly, wine can perfectly enrich food - both in the cooking process and at the meal itself. Foodpairing with beer and wine is gaining popularity, with more and more restaurants offering a tasting menu combined with alcoholic beverages. 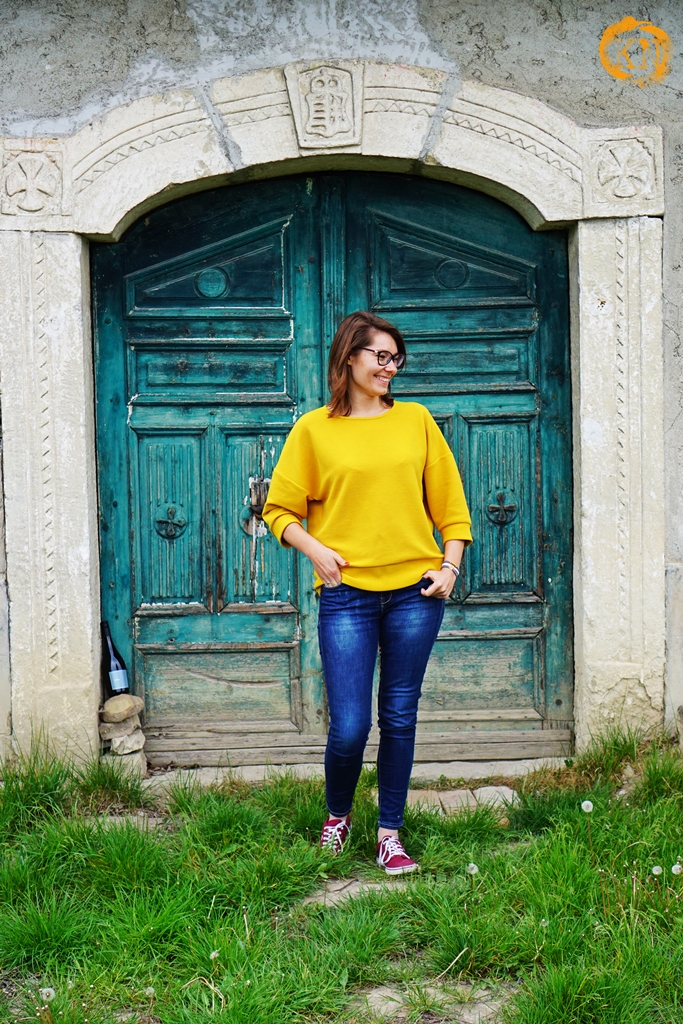 Thirdly, there is no need to know about wine to like it. As with everything you have to try, try and try again. Buy different types, from different grapes, different wineries and regions. Look for and remember what you liked and why. 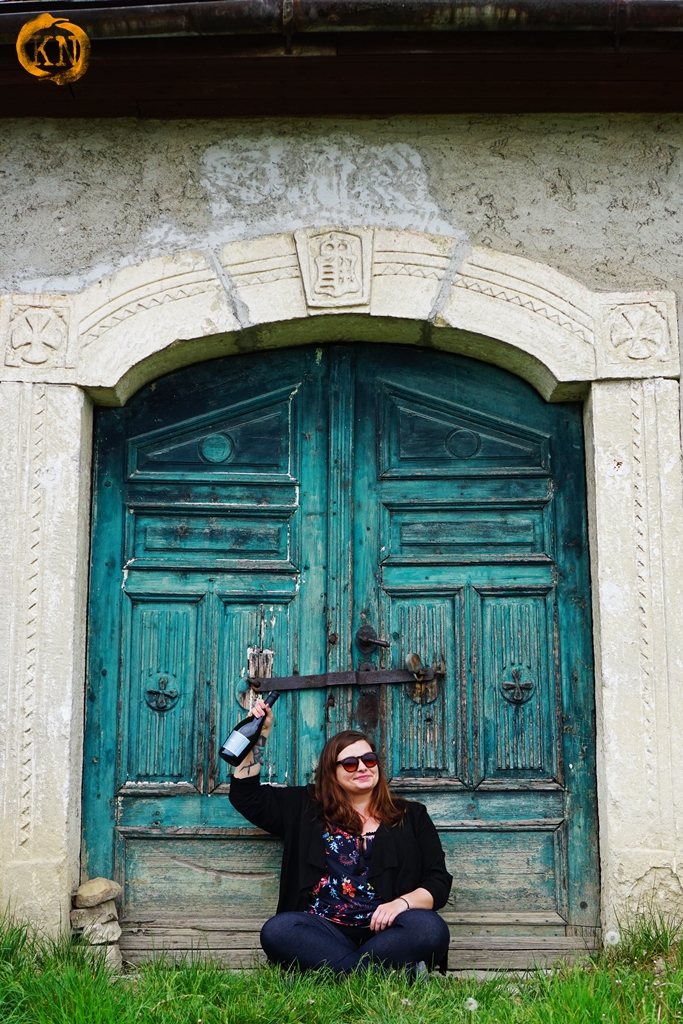 A friend of mine running a restaurant once explained it to me like this:

"You buy three different bottles, sweet, dry, white, red, it does not matter. You're trying, tasting. You choose the one that you liked the most and read what exactly did you try. After a while, you go back to the store, buy three wines with characteristics similar to the first one you like. You try, you repeat ... "

The Hungarians themselves, also approach the wine testing etiquette very loosely and drink something from which the French will get a fondue in their veins - Fröccs. This drink can also be called a spritzer and consists of mixing wine with sparkling water in various proportions. Judging by the links like this -> link, the matter is not so simple and there are many different proportions and mixes. All have their "sublime" supporters. We join them and in Budapest you will find a lot of places offering this drink. By plenty of places I mean, like, basically all of them;)

A DROP OF DELIBERATION 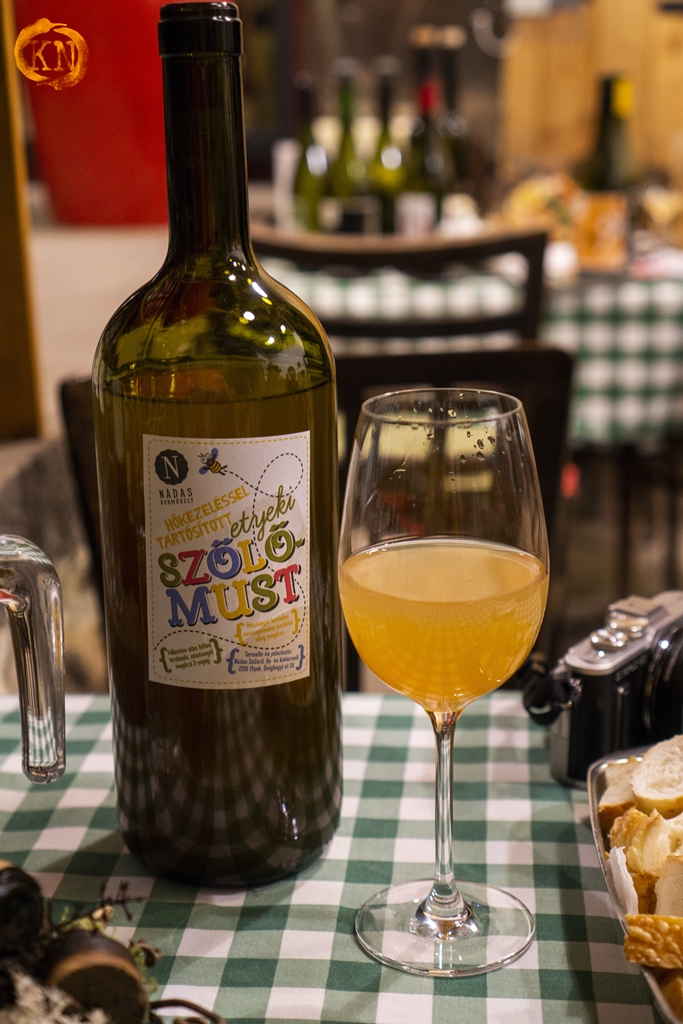 When it comes to searching and testing. Of course we encourage you, but do not do it all in one day! You will not become sommeliers from this, although in the company of friends you will shine with the knowledge and experience of what the wine bar offers. Do not be afraid to try because you never know where this adventure will lead you. For us it meant to go to the amazing place which is Etyek. And if you're planning another trip to Budapest for the weekend, think about whether it's better to book a day out of town;)

The text was created in cooperation with Wine a'More http://wineamore.hu/

Check also our guide to what to see in Budapest! (Link) 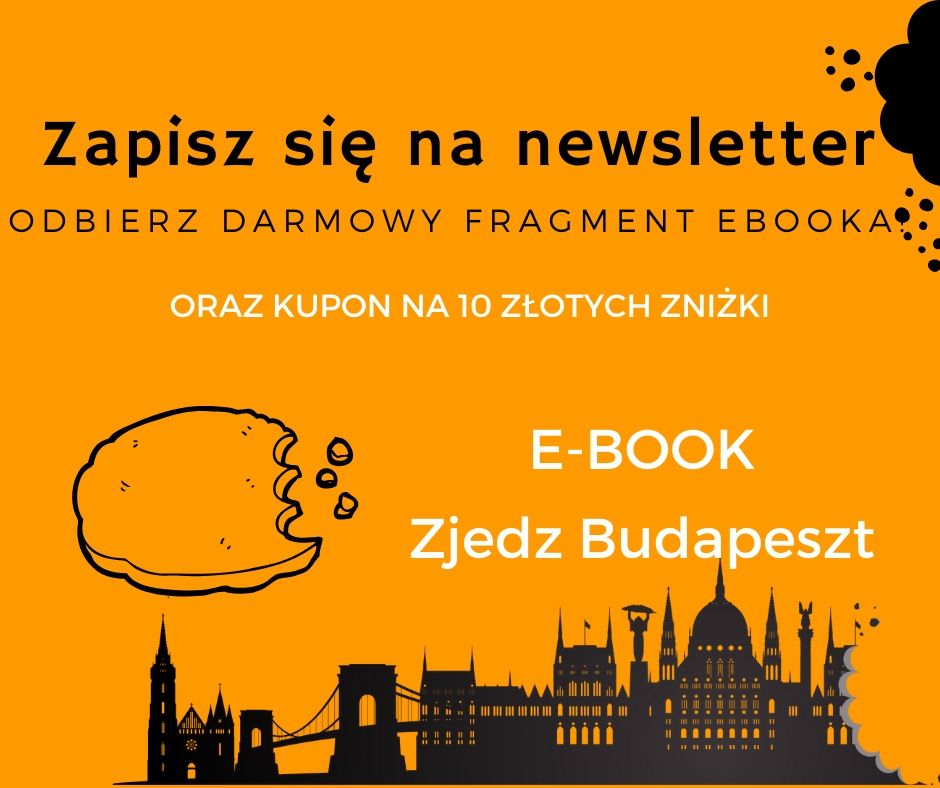 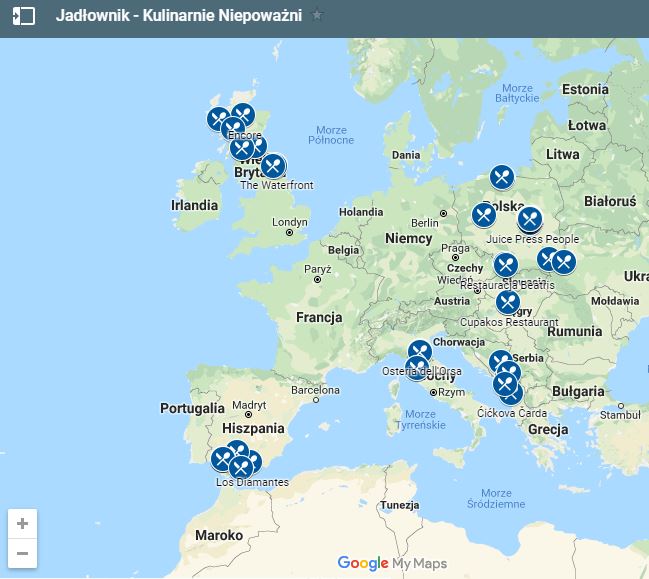 @2017 - 2020 kulinarnieniepowazni.pl. All Right Reserved. Designed and Developed by PenciDesign